Is Rapid Prototyping Influencing Growth in the Food Industry? 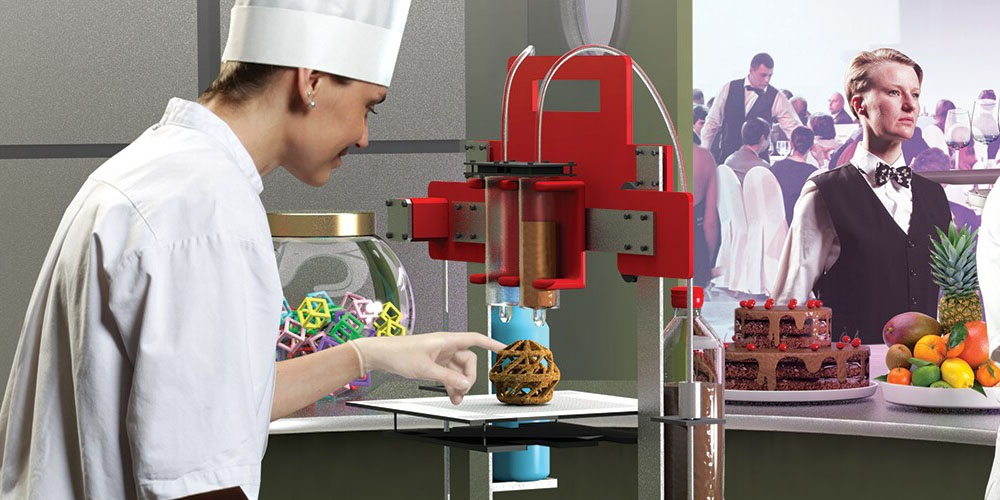 The food industry is evolving, thanks to the fruition of technology. Rapid prototyping companies contribute to this growth with the 3D printing of various food replicas serving as an invaluable asset when it comes to calibrating machinery.

1. Calibration of Tools Used to Cook

The food industry is relying on 3D printing to help in various developmental processes. You can easily 3D print various fruits and vegetables, and other food types to test the equipment without damaging food.

If you happen to be a frequent food producer, you can 3D print food and test it several times before production.

Thanks to rapid prototyping, you can also 3D print complicated designs necessary for machinery in food production. You can easily create printed food instruments essential for the proper operation of food machinery while designing equipment for the same purpose at a low cost.

Prototyping in the food sector allows for tooling in that with 3D printing, you can form ornamental prototypes, beginning from construction drawings to mechanical parts.

Prototyping allows you to create several parts in the early phases of research and development to validate different physical concepts and layouts of the product. This should play a role in building the future of food innovations.

Novameat, a prominent Spanish startup, recently initiated a project that prototyped meat by using 3D tooling. The team started a project involving various ingredients offering amino acids such as rice and peas as healthy ingredients turned into a food paste that can easily be 3D printed.

Thanks to technology, the ingredients can easily be found in real meat. The engineer behind this project worked on different bioprinting tasks, forming synthetic tissues, such as artificial corneas coupled with rapid prototyped printed artificial skin.

5. Food for the Elderly

Rapid prototyping can also be used to create recipes for food for older people. Until now, older people with different chewing and swallowing challenges have been feeding on puree that comes in a variety of flavors.

This has been the case for people with stroke and high blood pressure. But with the rise in rapid prototyping technology from companies such as Smoothfood, the elderly can enjoy actual food with several healthy ingredients.

Instead of taking months, as with other technologies, food packaging can now be accomplished in a few weeks via 3D printing technology.

The packaging industry is embracing the use of fervor and prototypes that include graphics coupled with full-color texts. Eventually, the technology can be included in a variety of improved prototypes in a few days.

The chances are that you have not been into space. Even so, you have heard about dried foods. You would be surprised to know that NASA is trying to establish ways to prototype foods in space, with their initial project being the 3D pizza printer spearheaded by an engineer.

Rapid prototyping in food production and packaging is becoming one of the fastest and economical ways to produce food for consumers. Using a high-quality 3D printer, you can easily form prototypes and label them before packaging.

Find out why you need a monitor stand for your desk

How Much and How Often Should I Feed My Dog?

What Factors Should One Look For While Buying...

Best Tips to Consider before Starting a Chemical...

How Manufacturers Use Cold Forging to Strengthen Metal

Why is Flexographic Printing Popular in the Food...

Which machines and materials will help in metal...

Forms Of CNC Machined Parts And Why CNC...

All To Know About Various Forms Of CNC...

Benefits and applications of the CNC lathing machine